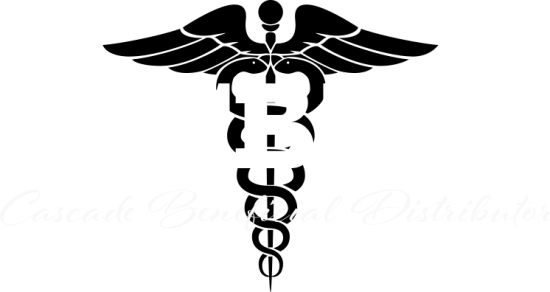 Our owner’s husband developed cancer and CBD became a focal point of his treatment. With so many of our customers looking for bulk pricing, or being on fixed income and disability, we felt it was time to offer affordable high quality CBD ourselves. After extensive research, we developed CLEAN CBD.  More about us!

So Lush, you could kind of see once she walked in [she let] a little bit of bark out. That would be constant, that would be right now, that wouldn’t have stopped, unfortunately.  It was something that she was really stressed out about, not just men, but in general. She would have social anxiety. She would have anxiety about being at the dog park, being outside.  She would have anxiety with kids, and it made me so sad because I’ve got siblings of my own, and my sister, I think she’s going to be expecting. So I didn’t want her to be, you know, not friendly.  I heard about CBD and I was hesitant for a little, long while. She’s going to be six this year, so, you can see how long this has been going on. So when I found CBD Medicine For Life it was something that was, which one was it?  I forget, but it was like the 900mg, and it was wonderful! The first 24 hours was huge, it was absolutely huge. I went from her not being able to be in a room with men to being able to sit here, and maybe whine a little bit and check things out.  And now she’s different. She can sit here. She enjoys her treats. She enjoys her time. Kind of going back to the 24 hours, it was like she could enjoy her walks again. Just a walk around the block, around the park, was different. She was smelling things instead of running around trying to protect me from whatever was gonna come and eat us *laughs.* After like a week or so, then I started noticing her mellow out completely, in areas that she never was [before].  When we would go on walks, we couldn’t be right next to TV highway, because there was too much traffic and it was too much for her and she would just freak out.  And then one day we had actually come by here again because we were going to Hillsboro, and we stopped at McDonalds *laughs,* and she was completely okay! I let her out, she wanted to go out, and she was running around and she wasn’t having so much anxiety.  And I noticed, her quality of life had improved greatly! She just went from being so stressed out and worried about every little thing to, “whatever mom says, I’m cool with” you know.  She still has her protectiveness, of course, but she’s good, she’s not stressed out. Oh, and she eats! One of her finicky things that she used to do was if she is too stressed out then she won’t eat all of her food, she just left a good portion there. I was getting worried because she wasn’t eating, she got to a point where she refused three meals and I kinda started freaking out. I didn’t actually anticipate this to help with her appetite, but [now] she eats every meal. Every single meal she doesn’t leave anything behind. Her weight has improved, her coat has improved, there’s just so many good things about this it’s ridiculous.  It’s almost like, why don’t they just give this out everywhere? Because they have like, the dog prozac, for depression and anxiety, and I’ve had my own fair share with that, and you go down before you go up, and I didn’t want to see a down before up, because sometimes those lows can be really bad. But, I’ve only seen an up. She’s not gone down at all. There hasn’t been one bad thing about the CBD, you know. Maybe the only thing is at first she didn’t like the way it tasted but I just put it on top of her food and she’s fine. Now she waits for that instead! Which, before she didn’t *laughs.*

Made in the USA

Locally Made in Oregon

Compare Our Products To Other Brands

CBD Medicine For Life
4.7
Based on 19 reviews

Mark LaVallee
22:24 08 Feb 20
Unsure of products effectiveness on me but customer service excels.

Autumn Barber
19:08 15 Dec 19
The staff here are friendly and very helpful. I am new to CBD, and came in looking for more information on it as well... as products to help with anxiety. I left knowing much more about CBD, as well as with an affordable product that really helps with my anxiety. Definitely recommend this place.read more

Aimee Mayfair
20:58 03 Sep 19
I have a kitty that has seizures. I've been giving him the pet tincture and he hasn't had a seizure in almost 3 months!... Love this place!read more

Carl Morrow
00:07 26 Aug 19
I got turned on to this place by my brother in-law It’s helping my wife so much Thank so much you our the nicest... person and so helpfulread more

Sue Swain
18:03 27 Jun 19
I have had Crohns disease for over 50 years, 2 major surgeries, and years of anxiety about going out and making sure I... knew where the restroom was. After trying CBD oil 2 years ago my whole world changed. Trips to the bathroom have declined dramatically... from 5-9 trips/day to 2. CBD tincture is a miracle for me. It doesn't make me high..."high" and/or recreational are not what I'm looking for. Relief without taking Narcotic or non-narco prescriptions is what I have longed for. "CBD Medicine for Life" is my store of choice. Staff are very helpful, knowledgeable, kind; the store itself is non-threatening, clean. "CLEAN CBD" Tinchure from this store has brought me significant relief. I trust purchasing here and not other places where you are not sure what you are really getting unless you do the research. Local stores are now selling CBD...it's spendy and you do not know what you are getting.read more

joe shannon
16:00 25 Feb 19
Hands down the best CBD selection, prices and knowledge you will find in the area. Building is professional and product... & service are top shelf. Try CBD Medicine For Life, you'll be glad you did!read more

Jonathan Alvarez
19:25 16 Feb 19
This store is awesome!!! Not only do they spend time answering my questions and recommending products. The staff just... is phenomenal! Definitely come visit the store! Nothing compares.read more

sheri ralston
18:48 16 Feb 19
Staff was amazing. They spent a lot of time with me answering my questions. Huge selection of CBD products. I shopped... around an they had the best prices hands down.read more

John Armstrong
00:34 23 Oct 18
I couldn't leave good enough feedback about the experience that I had at CBD Medicine For Life earlier today! I came in... seeking help for an ailing family member and was greeted by a very friendly and extremely knowledgeable young lady who I came to learn was actually the general manager, Megan. She was very helpful and was able to explain the benefits of each of their products thoroughly to help me find just what I needed, and I was treated like family from the moment I walked in the door to the moment I left a happy new customer. I could not recommend this establishment enough!read more
Next Reviews

Call us at (503) 430-8024 any day between the hours of 10am and 6pm pacific time, or email us any time at info@cascadebeneficialdistributor.com